108, THE MOST PROFOUND NUMBER, THE SIMPLEST MEDITATION INSTRUCTION
​Ethan Indigo Smith is the son of a farmer and nurse who was later adopted by artists. Ethan was raised in Maine, Manhattan, and Mendocino, California. Ethan is a proud dropout. Ethan has traveled the world and has been employed briefly as Private Detective, a dishwasher, a valet, a snowboard instructor and always a poet.

Ethan Indigo Smith meditates, practices Wu tai chi chuan, The Five Tibetan Rites and various yoga. Ethan snowboards and researches nuclear experimentation. Ethan plays basketball and is a philosopher. Ethan is an activist, mainly with the pen, always siding with individuals among institutions. All of Ethan's writing, no matter if philosophy or satire, is focused to enhancing consciousness. He writes towards a peaceful world with a sharp and unique perspective.
Ethan proudly dropped out of high school, though he later admittedly graduated and then again dropped out of college. Later he dropped out of the proverbial rat race entirely, moving to The Sierra Nevada mountains in California to snowboard for many winters. Being a dropout with enhanced observational skills enabled Ethan Indigo Smith to honestly observe and present his research unfettered by institutional hindrance.

Ethan's articles appear on several leading news websites and magazines from around the world with global audiences including wakeup-world.com, zengardner.com, infowars.com and wakingtimes.com to mention a few.
Ethan's first book is The Complete Patriot's Guide to Oligarchical Collectivism. In it he explores history, philosophy and activism through an Orwellian lens.

One of Ethan's most recent works is The Geometry of Energy How to Meditate. It presents a way for all levels of practitioners to expand their individuation and find their true nature. It contains esoteric secrets and meditation techniques all derived from and related to the four dimensions of geometry. The Geometry of Energy presents the mathematics of meditation, some of the most simple of sacred geometrical concepts.

The Matrix of Four, The Philosophy of the Duality of Polarity, is Ethan's metaphilosophy. In it delves into the development of individual consciousness and understanding the collective consciousness. The metaphilosophy provides insight on meditation as well as political observation through universally shared ideas leading to the portrayal of the righteous rebel archetype as well as the philosophy of nullisis.

Down and Out in Mendocino is Ethan's first published fiction and one of the first in the genre of pot fiction. It is a gutbusting mystery traversing through Northern California eccentricity set in the coastal village of Mendocino. The scenic misadventure is part hilarity and part legend concerning a secret with potential global ramifications if revealed.

108 Steps to Be in the Zone is an inspirational exploration of the metaphysical number 108, directly symbolic for oneness, nothingness and the infinite. Ethan explores how the sacred number can be utilized to enhance intuition, practice meditation and elaborates 108 steps to develop self and surroundings in the toxic postmodern world.
Tibetan Fusion describes how to meditate and how to perform the Five Tibetan Rites of Rejuvenation in combination with simple yoga, tai chi and chi gung to enhance and build your energy. It also elaborates on Tummo, a form of psychic yoga.

The Terraist Letters is Ethan's second piece of fiction, this one set in uptown Manhattan. The Terraist Letters is the story of Sean Enstitue. Ethan was inspired to write it after the Fukushima disaster and after he saw that people approached the problem apathetically. The story contrasts the global promotion of nukes and the global prohibition of nugs, but it is much more than potfiction. It is a wild story of the archetypal rebel only set in the new world order, where our postmodern hero is a blunt smoking, high school dropout, a graffiti artist and physics hobbyist who believes we are under archon extraterrestrial invasion.

Click on the picture below to see Ethan's body of work. 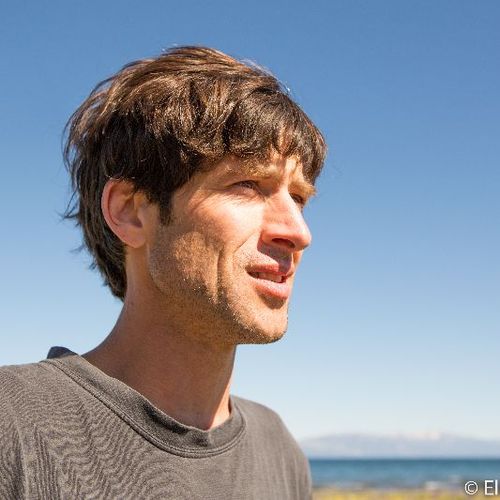 The Below video depicts Ethan Indigo Smith funnier books being discussed.
Powered by